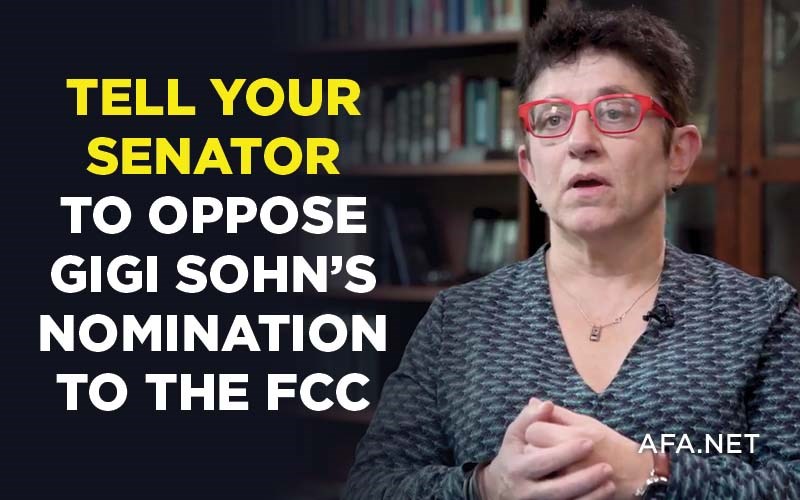 Contact and urge your senator to oppose the nomination of Gigi Sohn as Commissioner to the FCC.